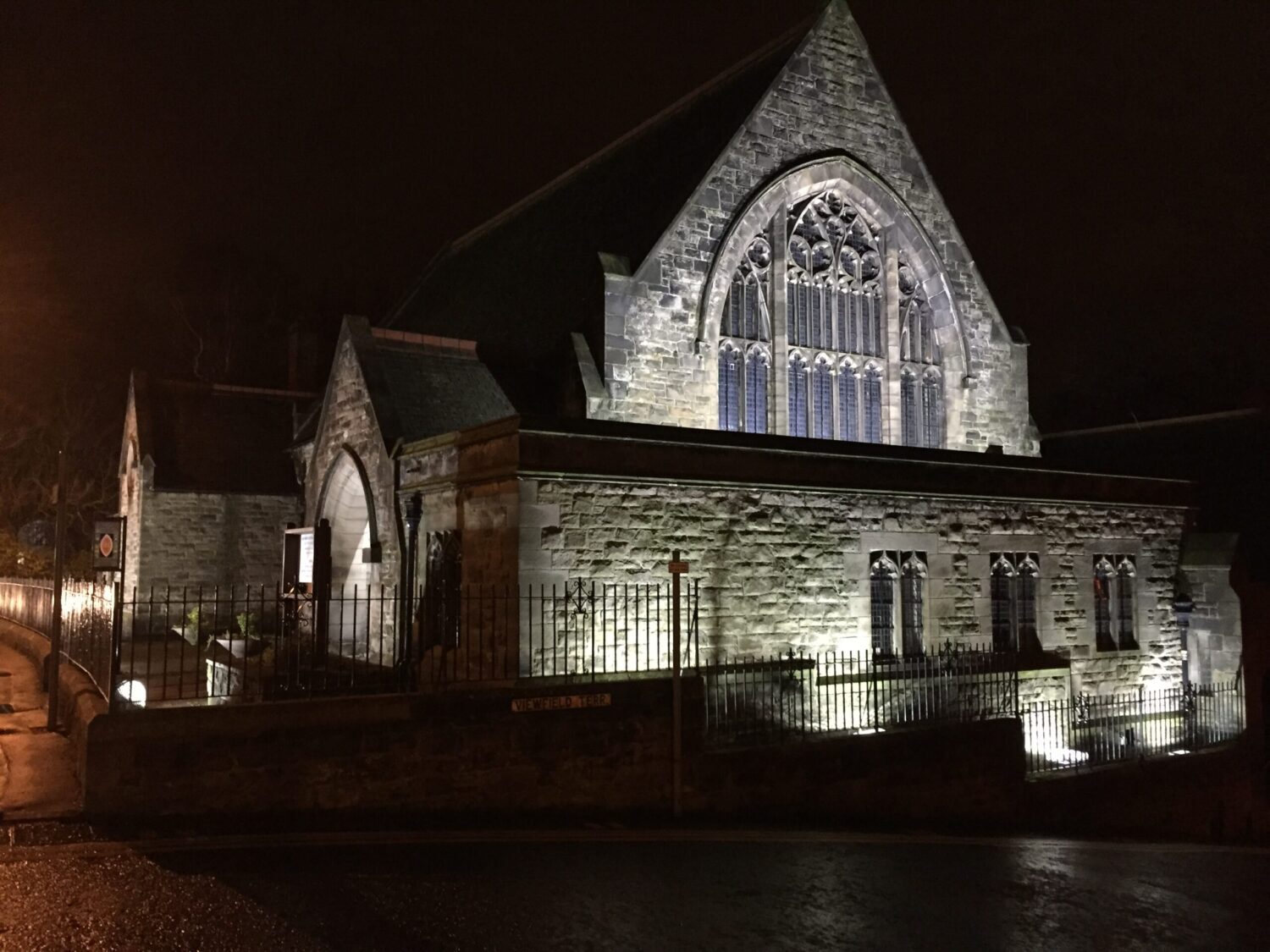 Saint Bede, or as he is more generally known the Venerable Bede, was one of the best scholars, writers and historians of the early church in England in the seventh century. Little is known of the Saint’s family and background he himself described his place of birth as being on land belonging to Monkwearmouth Abbey which would have been any where in a wide area in the Kingdom of Northumbria. Because of the reference to the Abbey the most likely place of his birth is the present town of Monkwearmouth near Sunderland though it is also claimed that he was born at Monkton near Jarrow. Again nothing firm is known of his family except that he was on calling terms with the kings and nobility of Northumbria and it is therefore assumed that his family were of the upper class in the country.
He was born in 672 or 3 and at the age of 7 he was sent to Monkwearmouth Abbey to train as a monk under the auspices of the Abbot, Benedict Biscop. Later after Jarrow Monastery was founded he moved there under Abbot Ceolfrith who with him survived a plague that killed the majority of the population in the area when he was 14. The Abbot and the young Bede were the only survivors in the monastery.He spent the rest of his life until he died at the age of 62 on 26th May 735AD as a Benedictine Monk in one or other of the two monasteries, writing and teaching and of course it is for his writing and scholarship that he is still remembered. His first two books were text books intended for teaching. Altogether he wrote over 60 books which considering the difficulties of writing with quills and the poor light available was a tremendous achievement.

When Bede was about 17 years old a significant event occurred in Bede’s life when the Abbot of Iona visited the Abbeys of Monkwearmouth and Jarrow, having been concerned in settling the date for the celebration of Easter between the Roman and Celtic churches. This aroused a strong interest in chronology in the young boy who set out to try to find the exact date of the first Easter. His interest in dates and fixing the relationship in history of the relevant dates of happenings and events seems have arisen from this meeting.
When Bede was 19 he was ordained as a Deacon by Bishop John of Hexham. Although Canon Law at the time did not recognise the ordination of Deacons below the age of 25. The reason for Bede’s early ordination is unknown. It might have been recognition of his talents but it could also have been the shortage of suitable candidates after the plague. Then when he was thirty he was priested by the same Bishop John.

Bede does not seem to have travelled greatly other than to monasteries in England mainly in the North of the country. In his historical writings he therefore very much relies on correspondence with people in the rest of the country and a friend Nothelm who went to Rome and ferreted information from the Papal Archives for him
This brings us to Bedes work as a historian and his magnum opus “An Ecclesiastical History of the English People”. The history is divided into five books. The first covers the Roman period in Britain up to the Mission of St Augustine; the second the establishment of Christianity in Kent and the first attempts to establish a church in Northumbrian; the third the growth of Christianity in Northumbria culminating in the Synod of Whitby; the fourth the spread of Christianity in the South; and the fifth bringing English church history up to date to Bede’s time including the settlement of the date of Easter between all sections of the British Church. It is of course now a prime source of information on the early church not only in Britain but by association in the rest of Europe. It also tells us a lot about Bede’s credibility as a historian. He not only recounts the history but also endeavours to date events and verify their credibility between fact and fictitious accounts of happenings.

One important introduction of Bede’s was an endeavour to set a datum for the time of happenings. It was Bede who first related the time of events to years after the birth of Christ and years before. He could therefore be said to have principally used the numbering of years AD and BC to historical writings as the norm for describing dates.

Things did not always go smoothly for him. He wrote a paper on the date of the creation of the world which he calculated as being 3952BC compared with the generally accepted date by the church of 5000BC both of which from our scientific knowledge must be false. However, because of this he was charged with heresy by St Wilfred, Bishop of Hexham. The charge did not stand his spirited and learned defence to it. In his history he was very sparing in his praise for Wilfred. He is also though to be sparing on his coverage of the achievement of the church in Wessex. Possibly because he knew less about it than of the happenings in his own area of Northern England.

He died after a short illness on Ascension Day (26th May 735) working up to the last for just before he died he dictated the final words of a translation he was writing of St John’s Gospel. He became known as the Venerable because of his undoubted ability and scholarship. He was canonised by Pope LeoXII in 1898 and named as a Doctor of the Church, the only Briton to have this accolade. His day is celebrated in the Roman Catholic and Anglican Calendars of Saints on 25th May and of the Orthodox Churches as 27th May.