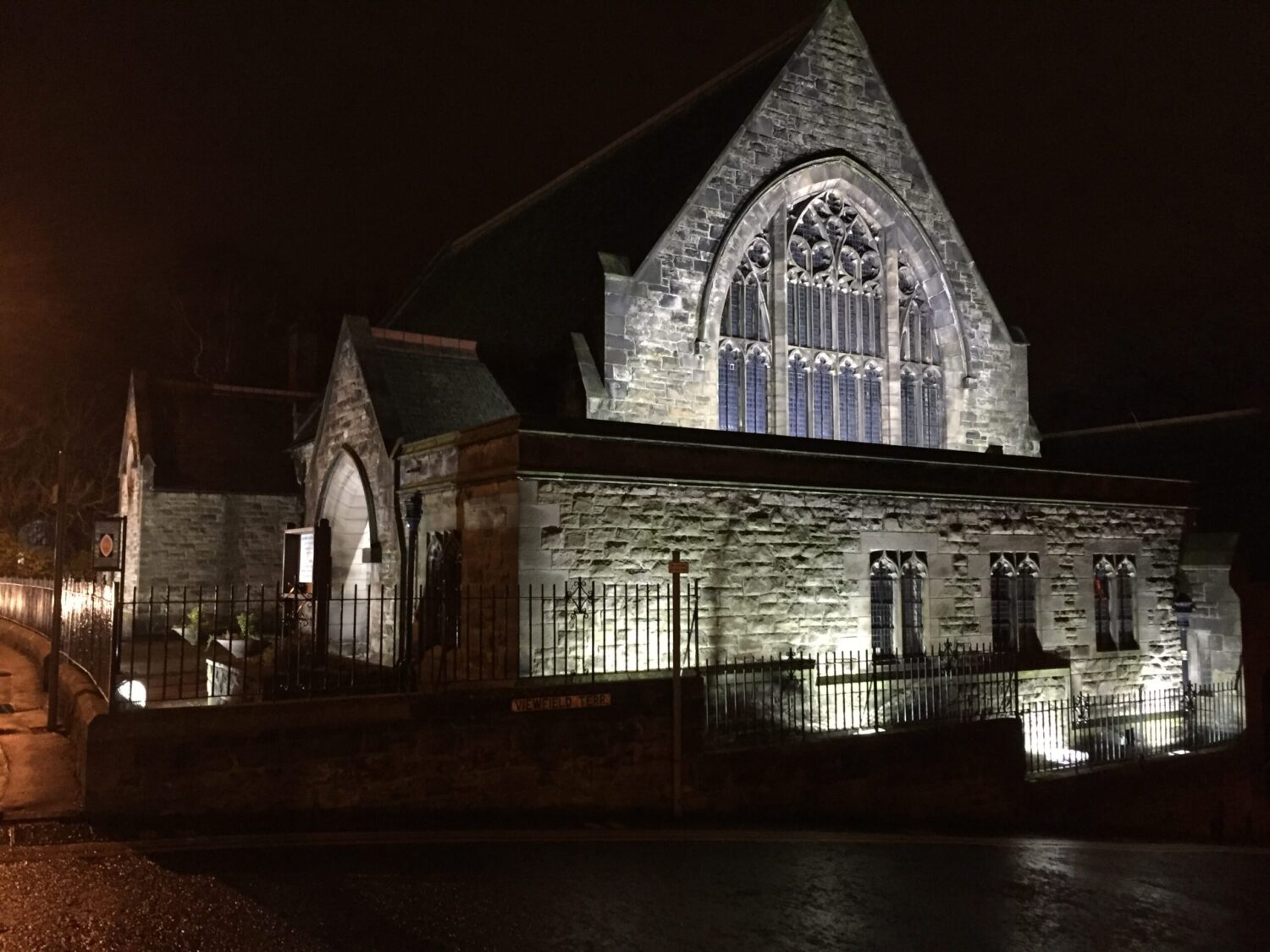 Last week Dunfermline Delivers were at the church to tidy the grounds prior to the Scotland BID in Bloom inspection. This prompted an acceleration of our own plans to refresh our floral displays. A huge thanks to the team from Dunfermline Delivers but also our own Gill Wardell whose dedicated hard work has gone an amazing way to make our church more welcoming and colourful but also maybe even help Dunfermline get an award. The bees and butterflies will be happy too!

They have clear and cohesive development strategy, working on behalf of BID Members, for the economic development of Dunfermline Works to strengthen Dunfermline’s reputation and put Scotland’s Ancient Capital on the map. They Encourage inward investment. Help develop the city as a visitor destination: Provides focused and increased marketing and networking opportunities to support business activities and initiatives. Acts as the voice of the BID area lobbying on issues raised by and affecting members.

Dunfermline defied its nickname of the Auld Grey Toun with spectacular success at the Beautiful Scotland awards last year. The hard work dedicated to making the city a more appealing destination in which to work and shop, as well as visit, was recognised at the awards ceremony in Aberdeen. Dunfermline Delivers received a gold award and was also overall winner in the BID category, defeating bigger cities such as Aberdeen. The Dunfermline in Bloom project also received a silver award. Dunfermline Delivers BID manager Lisa Edwards said afterwards, “I’m delighted by our success at the awards ceremony.

“I felt very proud for Dunfermline to be recognised in this way and the award is for all the hard work put in by our businesses and our volunteers. “In particular I’d like to thank the efforts of John O’Neil and Nigel Stevens of the parks department, as well as Ross Hepburn at Lady Helen Nurseries.

“Great credit must also go to Fife Council and to Councillor Helen Law for leading the Dunfermline in Bloom project.”

Councillor Law said, “It’s a fantastic achievement for the BID to win a gold award. I’m absolutely delighted that people have come to Dunfermline and been so impressed by the work going on here. “It doesn’t just happen overnight. There’s a lot of work goes into winning these awards and I’m so pleased that Dunfermline’s receiving this recognition.”

Fife Provost Jim Leishman was also present to enjoy Dunfermline’s success in Aberdeen. it is hoped efforts across the town will help will help win again this year.

Thanks again to Gill for all the work she does ensuring our church looks it’s best! Along with our improvements programme we hope our building can be just as welcoming as our people.