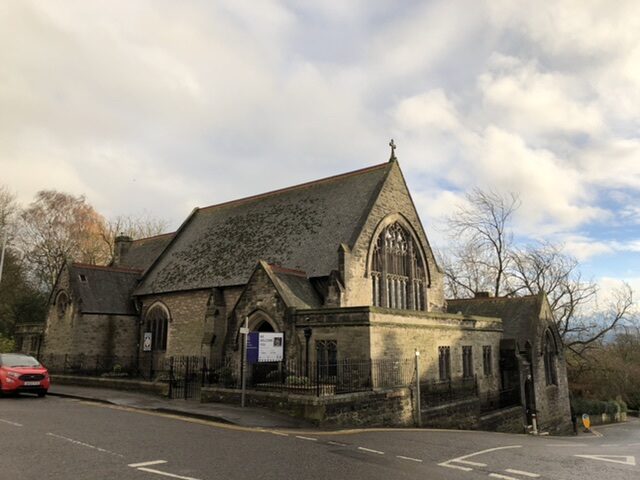 On Sunday, 19th November Young Church was invited to share a story with the congregation at the 11am service This is their story.

In a land far away from Fife, a man and his
donkey were walking home after a long
day in the fields collecting olives. The sun
was low in the sky and the man and his
donkey were tired. The donkey plodded
along carrying his heavy load. His head
hung low as he tried to avoid the sun in his
eyes. Suddenly, the donkey tripped and
was falling, falling. Down, down he
tumbled, into an old, dry well. “Oh you
silly donkey!” cried the man, as he peered
down into the well. The donkey brayed loudly and gazed forlornly at the circle of light far above. Donkey scrabbled and scrapped but his hooves couldn’t grip the sides of the well. “I’m stuck” yelled Donkey. “I’ll be back” called the man. 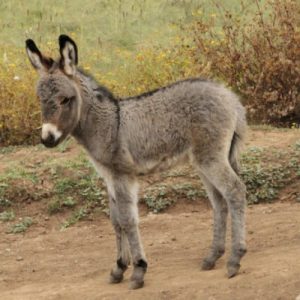 As light slowly slid back over the edge of the well, Donkey heard voices. “I knew he would come back!” Donkey exclaimed. Donkey could hear the man talking to another. “I should have filled this old well in years ago” said the man. “It could have been a child who fell in” the other replied. “Let’s get to work then” stated Donkey’s master.

“Right”, thought Donkey, “I expect one of them will be lowered into the well and tie a rope around me to lift me up. I’ll be ready” decided Donkey. Then, splat, earth rained down on Donkey from the hole above. Thump! Another shovel of dirt fell on Donkey’s head. Donkey squinted at the circle of light, confused by what was happening. “That silly old donkey” he heard his master say. “it’s too risky for you or I to try to rescue him. Better we just fill the well in now. He won’t have survived the night anyway” stated the man.
Donkey could not believe his ears! He tried braying again but his voice was dry and cracked and the dirt kept clogging in his mouth. “How has it come to this?” thought Donkey, sadly. “I never thought my long life would end like this” he pondered. He remembered a time as a very young donkey when he had carried a heavily pregnant woman a long way to the town of her husband’s birth. They had arrived in the town just in time – the baby had come that night. And what a night that had been!

There were so many visitors and the brightest star Donkey had ever seen. And then more recently, had he not been treated like royalty? Carrying a very important man into the city. The crowds had gathered and threw their coats and palms in the road for him to walk on. “Oh how indeed I have fallen!” despaired the donkey, shaking his big, soft head sadly.
And as he shook his head miserably, some of the dirt fell from his back onto the bottom of the well. Donkey shuffled his hooves, tramping down the falling earth. He shook his head and neck a little harder and more earth fell to the floor which he stamped down. Suddenly Donkey realised that if he kept shaking the dirt off, stamping it down he could step up. Up towards the light, up towards freedom. So each time the dirt fell on Donkey he shook it off and stepped up, shook it off and stepped up. Shook it off and stepped up towards the light, keeping faith that things would be alright. Eventually, after many hours, donkey could see above the edge of the well and scrambled out into the evening light. “My word!” exclaimed the man. “I did not expect that!” he cried.

“The Donkey trotted off, chuckling to himself.
darkness and dirt did not overcome me after all. I shook it off and stepped up!” he mused. “Sometimes in life, what appear at first to be our biggest stumbling blocks can in fact become our greatest stepping stones” the wise, old donkey concluded.